Five Greek Islands to Consider for Your Next Holiday

The islands of Greece are an ideal holiday destination for every type of traveler. With beaches that rival those of the Caribbean, a rich history that influenced the entire world, an amazing culture with delicious cuisine and a varied natural landscape, the Greek islands are the place to go. If you are planning your next holiday, it is worth considering our top five choices.

They say the light shines differently in Kefalonia and that you have to adjust your eyes to it. They also say that the many pine forests create a heady aroma like no other island. Indeed, “like no other island” could be Kefalonia’s tagline – it is certainly a jewel of the Ionian Sea.

Sporting a landscape of steep mountains, cliffs and colorful shores, natural beauty is in abundance here and there is a plethora of fantastic beaches to choose from, including one of the best beaches in the world at Myrtos Bay. It is no surprise that Loggerhead turtles (lovingly named “caretta caretta”) have made this island one of their nesting grounds. The island was also the setting for Louis de Bernières “Captain Corelli’s Mandolin” and the subsequent film, starring Nicolas Cage, was shot there in its entirety.

Greece’s largest island, Crete is renowned for its stunningly varied landscape with long golden beaches, forests of pine trees and snowcapped mountains: see for example, Istro beach found in Lassithi and the Lefka Ori mountain range. Being the largest island, Crete also offers some lively nightlife at Malia and Stalis, while still retaining the charm of the Greek islands with history and divine beaches – be sure to check out Balos in Chania. Oh and did we forget to mention it is home to the Palace of Knossos, Europe’s oldest city that dates back to the Bronze Age?

The largest of the Dodecanese Islands, Rhodes is a history lover’s dream. With the entire city of Rhodes declared a World Heritage Site by UNESCO, you can see the awe inspiring Palace of the Grand Master of the Knights. There is also a busy nightlife scene in Rhodes at Faliraki and Lindos, a wealth of beaches to choose from and the option to go on a day trip to Marmaris in neighboring Turkey. One spectacle not to be missed is the meeting of the Aegean and Mediterranean seas at Prasonisi beach. It is a marvel to behold as the different colored waters glide tantalizingly over and under one another.

Also a Dodecanese Island and akin to Rhodes, Kos has an abundance of historical artefacts and ruins to explore, it was also the birthplace of Hippocrates the renowned father of modern medicine. Again, there is so much to see and do here, like visiting the Castle of Neratzia constructed in the fourteenth century, or admiring the Asclepeion of Kos which was possibly the training place of Hippocrates, to enjoying one of the many, many beaches all Greek islands are famous for.

It is likely that when you imagine Greece, Santorini unexpectedly, unknowingly springs to mind. With its classical white washed buildings capped with bright blue roofs that incrementally climb the cliff sides, this island has become a somewhat stereotypical image of all things Greek. Nevertheless, it is a wonder to behold and a real spectacle for holidaymakers. There are beaches with golden sands, black volcanic sands, red sands and white sands, a nearby volcano with hot springs to enjoy and the most gorgeous walks and views you could ever ask for. 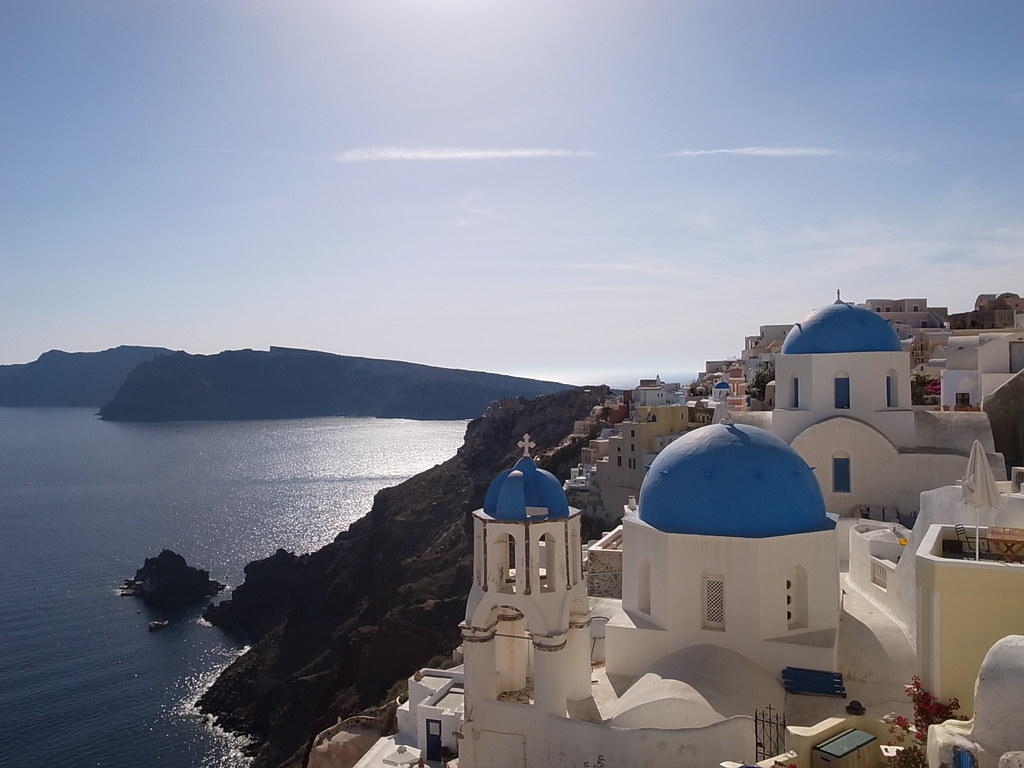 There are lots of Greek islands to choose from, each with their own individual charm and beauty and offering something different to travelers. If you could pick your top five Greek islands to visit, which would you choose?

Planning Your Next Mexico Vacation

Five Reasons I Fell in Love with Tokyo

A Brisk Weekend in San Francisco

Hello! We’re Matt and Alana, two Americans with a passion for traveling and experiencing new places. We are former full-time world travelers transitioning back to a U.S. way of life. Follow along as we figure out how to make the most of our vacation time and get the best bang for our buck in America and abroad!